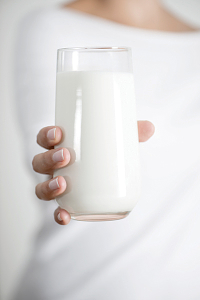 When was the last time you read your Bible? …just your Bible? How long has it been since you shut out the sounds and writings of so many “teachers” and expounders of the Word and just read your Bible? For far too many of us, we make a farce of Bible reading by keeping the Book nearby—yet spiritually closed—as we engage with and open up our minds to others’ “revelations,” hidden nuggets, and “lost” truths of the Word. We have exchanged the proper use of the Bible for being entertained by the use of the Bible, and we have done so in the name of craving meat—the solid food of the Scriptures. But how unfed we truly are!

Somewhere along the way, someone convinced a great number of us that the plain, simple Word of Scripture just wasn’t deep enough—that once we have been nourished by the “milk” of the Word, we are supposed to move on to the “meat.” In other words, we think that the fundamentals of the faith are not meant for mature believers, but for the immature. Mature believers, we are told, are to pursue God—to understand and know Him—in deeper, more meaningful ways… and to discover these, we must seek out and explore the exotic and mysterious minutiae under the Word’s surface.

The Scriptural concepts of “milk” and “meat”—or “solid food,” as it is more accurately rendered in modern Eng­lish—have been hijacked, such that milk is seen as something negative designated only for those who are immature; as compared to solid food, which is something positive intended only for mature believers. And yet Keifa clearly tells us that “as newborn babies [we are to] desire the word’s pure milk, so that in it [we] may grow to salvation” (1 Keifa 2:2, mjlt). Such a characterization of “milk” hardly carries with it a negative connotation, but rather speaks of how desperately we must rely upon God’s Word.

For even though (because of the time) you ought to be teachers, again you have need that one teach you what the fundamental basics of the sayings of God are, and you have become needing of milk, and not of solid food. For everyone who is partaking of milk is unskilled in the word of righteousness—for he is an infant—but the solid food is for mature ones, who, through practice, are having their senses trained to the discernment both of good and of evil. (Hebrews 5:12-14, mjlt)

In contrasting milk versus solid food, the Writer here is laying out maturity along a scale, not of basic versus deep, but of “the discernment both of good and of evil.” Indeed, the Writer says that in seeking to become skilled in the word of righteousness and able to discern between good and evil, one must first have full command of “the fundamental basics of the sayings of God.” There is no mention of fathoming deep mysteries or unearthing some secret treasure trove of God’s Word. Nowhere are these stated as requirements for being a good and faithful servant of our Master. Rather, we are chastised for forgetting our training and failing to put the fundamentals of the faith into practice.

In Hebrews 6:1, we are encouraged to not lay our foundation all over again—not because there is something negative or immature about foundations, but because a faulty foundation means that the entire structure has been compromised! We must be certain we are firm in the Word.

So don’t assume you’re supposed to forego the true milk of the Word to satisfy an appetite for make-believe “meat.” What God wants is for you to never forget the fundamentals of your faith, and then consume that which is truly meat: to build upon the basics by putting the Word into practice…

…because any other kind of food is just pure junk.

For He Is Your Life Circum­stances, Self-Image, and Salvation
Scroll to top