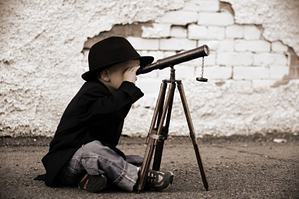 For as long as I have been teaching and writing about Yeshua, it has been primarily to a Messianic Jewish audience, knowing all the while that many Gentile ears were listening. But one thing that has boggled my mind for more than a decade has been the attraction that certain believers—both Jewish and Gentile—develop for “the Jewish (or Hebrew, or Hebraic) roots of the Christian faith.” While I perfectly understand why a Jewish believer in Yeshua would continue in faithfulness to the Torah, retaining an ethnically Jewish identity in the Messiah, I have often wondered why believers who were formerly immersed in Christianity would begin gravitating toward all manner of things “Jewish.” What motivates people to pursue Christianity’s “Jewish roots”? END_OF_DOCUMENT_TOKEN_TO_BE_REPLACED