This article was originally posted as a response to a comment on the post “Am I Really a Gentile?” 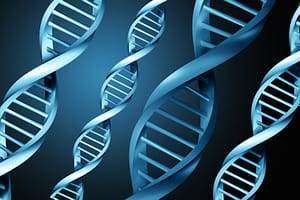 The tricky thing about DNA testing is that, like any kind of medical testing, interpretation of the results is not an exact science. Have you ever had a medical diagnostic procedure performed, then read the pathologist’s report? They often look something like this: “Well, it looks like Mr. Cohen could have such-and-such disease, but it could also be this other disease, or it may be nothing at all.” In other words, the doctors are taking their best guess as to what might be wrong with you, based on the conditions other people with similar test results have had in the past. Sometimes the doctors are right—sometimes they’re wrong. Sometimes you need more testing, and sometimes the tests never help your doctor devise a treatment. Way to go, science!

This is essentially the way DNA testing works as well: the laboratory processes your DNA swab, runs the data through a computer, then sends you a report with an investigator’s analysis (the investigator is the one who interpreted the results of your test). The interpretation is necessarily subjective, based partially on the “latest thinking” in genetics, partly on the investigator’s knowledge and experience, partly on his intuition, and partly on the information he already knows about you (for example, your family name). Certain haplotypes indicate the likely geographic location of your ancestors, which then informs the investigator’s analysis of possible lineages. If you have a concentration of these from certain parts of the world (i.e., Poland) that favor a certain lineage (i.e., Jewish), the investigator will suggest this in his report.

Unfortunately, what many people expect from their DNA results but will never get from the lab is a certificate that says something like, “Congratulations, you’re Jewish!” At best, for someone of, say, Mexican/American descent, the report will imply, “Compared to other people with your haplotypes who are certain of their lineage, the subject (that’s you!) might be Mexican/American. In addition, it appears that the subject (you, again!) had a Jewish ancestor who lived in the Middle-East sometime between eighty and 4,000 years ago.” (Of course, I’m oversimplifying and exaggerating to make a point. In fact, the reports aren’t nearly as understandable as what I just wrote.)

So, the long and the short of it is that just because you get a Jewish “hit” on your DNA test doesn’t make you Jewish—it only suggests that you may have a Jewish ancestor (remember, Yeshua had Gentile ancestors—Rahab and Ruth—but that doesn’t make Him Gentile!). Projects like the R1b and YDNA Haplogroup projects are designed to collect data in the hopes that they will be able to be more definitive in their findings (because they compare your data with others who already know they’re Jewish). Certainly, no one can wipe Jewish blood out of one’s body, but it seems, from a Scriptural perspective, that it can be watered-down to the point of insignificance—what we might also call, “lost.”

Is there a specific portion of Scripture that states that a person needs at least one Jewish grandparent to be Jewish (as I state in my article)? No, there’s not. The Scriptures from which I draw this conclusion speak to the lineage of David, which I discuss at https://www.perfectword.org/2010/08/24/who-is-a-jew-and-why-does-it-matter/

I am 100% in favor of Jewish people whose lineage has been veiled from them to be restored to their full and rightful identity. However, for those who seek it through DNA tests, I have to ask the question: why? If you have not heard rumors from your cousins, or had a grandparent confess their Jewishness on their deathbeds, or some similar experience, what is really motivating you to seek out even a hint of Jewish DNA? Being Jewish or not being Jewish only informs your responsibility to the Jewish people and the nations—it does not change your status with Messiah, or the way the Master loves you one single bit! If you find some ancient trace of Jewish lineage and, because of it, assert that you are now a Jew, are you not then thumbing your nose at God by forsaking your Gentile lineage which He gave you? Just because the Jew has an “advantage” (Ro.3:1) it’s really no grounds for envy. Indeed, there may be “salvation… glory, and honor, and peace to… [the] Jew first” (Ro.1:16, Ro.2:10), but we’re also first in line for “rage and wrath, tribulation and distress” (Ro.2:9). Yay, Jews!

Adonai is pleased with you, and made you exactly as he intended; whether Jew or Gentile, we are all members of the Household of God (Ep.2:19). Please take all this to prayer, and consider if by leaning so heavily on DNA testing, you might be barking up the wrong (family) tree.