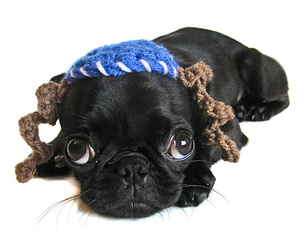 In Judaism, the high holy days of Rosh HaShanah and Yom Kippur are preceded by the month of Elul, a time dedicated to repentance and preparation for the season. Rosh HaShanah—meaning “Head of the Year,” and celebrated as the Jewish New Year—is a solemn day, observed on the first day of the seventh Hebrew month, in the Fall. It is said that on this day, the Book of Life is opened, but will soon be closed again on Yom Kippur, the Day of Atonement. During this ten day period, known as the Days of Awe, it is taught that God makes His decision whether or not one’s repentance will be accepted, and he will be judged worthy to have his name inscribed in the Book of Life. On Rosh Hashanah the shofar (ram’s horn) is blown 100 times, because, according to the Talmud, the loud and repetitive sound of the shofar confuses Satan, preventing him from bringing any charges against Jews during the time of judgment.

Unfortunately, not a single one of these teachings originate with Scripture—from the theme of the month of Elul, to the opening and closing of the Book of Life, to the judgment period of the ten Days of Awe, to the observance of a new year, and even to the inclusion and use of the shofar. All of these are time-honored, beloved Jewish traditions, yet Scripture says absolutely nothing about them. Isn’t it worth considering that the instructions of Scripture alone are sufficient to teach us what we need know about these days? Isn’t it possible that we’re actually missing God through all our efforts to reinvent His ways?

Want to know the Scriptural truth about the “High Holidays” and the rest of Israel’s calendar?

Signs & Seasons challenges centuries of traditional perspectives and assumptions about Israel’s calendar, restoring its proper covenantal, Scriptural context, and reframing its Messianic foreshadowing and inherent discipleship traits. You will be stunned by what you didn’t know—and thought you knew—about Adonai’s appointed times. Embark on an eye-opening expedition with Messianic Jewish author and teacher Kevin Geoffrey as he expertly guides you through the Scripture’s simple teachings about Israel’s calendar. 12-part audio series. Individual teachings also available.

New Book Release: Bearing the StandardRemain in the Root: The Right Reason to Support Israel
Scroll to top