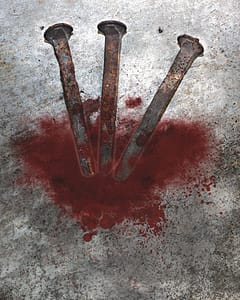 This month, all over the world, most Jewish families will be recounting their ancestors’ ancient Exodus from Egypt through the annual tradition of the Passover seder. Sadly, many of them will also fail to hear of the true meaning of God’s salvation and sacrifice.

According to the Torah, it is not only Israel’s responsibility to perform the Passover sacrifice each year, but also parents’ responsibility to explain the purpose of the sacrifice to their children, as captured in the following father/son exchange from Perfect Word Ministries’ Messianic Passover Haggadah, Behold the Lamb.

abba: It is “a sacrifice of Pesach [Passover] to Adonai, who passed over the houses of the sons of Yis’rael [Israel] in Egypt when He struck down the Egyptians, and our houses He delivered” (Exodus 12:27).

son: Abba, why are we to “take of the blood, and put it on the two side-posts and on the lintel over the houses in which we eat it?” (Exodus 12:27)

abba: It is to remember that “the blood has become as a sign for” us—that when Adonai saw “the blood, He passed over” us, “and a plague for destruction was not on us when He struck the land of Egypt” (Exodus 12:13).

So the Passover sacrifice commemorates how, on that first, fateful Passover night, each Hebrew home in Egypt slaughtered a lamb (or goat), ate it, and used its blood to mark the doorposts of their house as a sign to God. In doing this, Israel was spared the death of the firstborn, and ultimately found their deliverance.

This is the crux and climax of the entire Passover story: Israel’s freedom was not only achieved through the might and power of Adonai, but it was bought with blood—the blood of the unblemished Passover lamb. As God passed over, He saw the doors of Israel covered by the blood and forbade death to enter there, for,

“the life of the flesh is in the blood, and I have given it to you on the altar to make atonement for your souls; for it is the blood which makes atonement for the soul.”
Leviticus 17:11

This is the meaning of the sacrifice lost on so many who celebrate the Passover: the blood of the lamb makes atonement—that is, “covers over”—and signals to God that that which would otherwise warrant death, now deserves life. The shedding of innocent blood pays a price in God’s eyes. Life is given on behalf of life, and a ransom becomes paid. God’s justice is satisfied, and He permits Himself to bypass the meting out of judgment. The one whose life is covered by the blood is set free—released from a debt—and saved from the destruction of the uncovered ones all around him.

For the sons of Israel in Egypt, the Passover sacrifice set them free from the bondage and oppression of slavery. But for all who follow the Messiah, His Passover sacrifice sets us free from the bondage and oppression of enslavement to sin. What God did for Israel in Egypt was not only the new beginning of the story of God’s chosen people—it also provided a pattern that the Master Yeshua Himself followed and fulfilled, so that all those who believe in Him would also avoid destruction, and be saved.

Yeshua dwelt among us as “the [Passover] Lamb of God, who is taking away the sin of the world” (John 1:26), a purpose that He fulfilled in the shedding of His blood, which made atonement for—”covered over”—our sins. For those who confess with their mouths that Yeshua is their Master, and believe in their hearts that God raised Him from the dead (see Romans 10:9-10), that blood covers them as a sign, God sees it, He causes death to pass over them, and their houses He delivers.

Let us never forget that our salvation was bought at so high and precious a price. Sacrifice costs, and while it was freely made on our behalf, we nevertheless owe Yeshua our lives. So let us not fail to daily live self-sacrificially for Him,

Sharing the Messiah in YouWill You Turn and Walk Away… Or Seek Him with All Your Heart?
Scroll to top