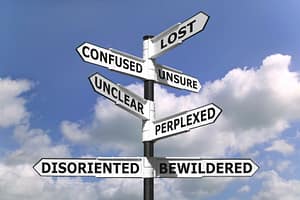 The authority and power of the Scriptures rests solely on our belief that they are literally the written word of God. So what happens when we translate those God-inspired words from the languages in which they were originally written? Indeed, though many of us read the Bible effortlessly in our native English, English is certainly not the native tongue of Scripture. Though we may revere our English bibles as the infallible word of God, the fact is that Hebrew (or sometimes Aramaic, and Greek in the “New Testament”) is the original language of Scripture, and when we neglect it, we risk imposing our own flawed points of view on God’s word.

Though in large part, translators do a fine job retaining the essence of Scripture, there are times when English simply does not do a passage justice. Either through mistranslation due to bias or ignorance, or merely by the limitations of the receiving language, important details can become obscured, replaced by ideas from the reader’s experience or particular frame of reference.

Take, for example, a typical translation of Numbers 29:1, “Now in the seventh month, on the first day of the month, you shall also have a holy convocation; you shall do no laborious work. It will be to you a day for blowing trumpets.” (NAS) This passage, along with Leviticus 23:24f, is the extent of the commands for the so-called “Feast of Trumpets”—called Rosh Hashanah in Judaism—also known as Yom T’ruah in Scripture.

It is universally accepted in Judaism that on Rosh Hashanah, the shofar (i.e. ram’s horn) is to be sounded repeatedly in fulfillment of the command. What is fascinating, however, is that despite the overwhelming agreement on this point, no Hebrew word for trumpet, or horn, or anything even closely resembling it appears in the text of Numbers 29:1 (or Leviticus 23:24, for that matter).

The word “trumpets” has therefore been added to the text by the translators in order to render the single word t’ruah as “blowing trumpets.” A literal translation of the passage, however, would likely not render t’ruah as “blowing” at all, but as “shouting”—as seen in the case of Joshua 6:20 (when the people shouted and the walls of Jericho fell). Imagine how our celebration of the “Feast of Trumpets” would change if instead of “a day for blowing trumpets,” Yom T’ruah were translated as “a day for shouting”—or even more accurately, “a day for loud blasts [of sound]”?

Check out the Messianic Mo’adiym Devotional for Israel’s Feasts, Fasts and Appointed Times

While this example illustrates how a translator can be influenced by his frame of reference—in this case, the historical and normative practices of Judaism (though, to be fair, the shofar has been known to make t’ruah on occasion; see Leviticus 25:9)—other important instructions can be camouflaged simply by a poor choice of words.

Consider this common translation of Proverbs 22:6, “Train up a child in the way he should go, Even when he is old he will not depart from it.” (NAS)

It appears at first glance that the Proverb is encouraging parents to provide their children with proper instruction; that educating children—arming them with correct and adequate information (the word of God, for example)—is what is necessary to ensure their success in adulthood. If we want our children to walk with God as adults, the most important thing to do is make sure they are being nourished by the Scriptures: they need to read the word at home, commit important passages to memory, study it with others, and hear it preached at the congregation.

Yet the underlying Hebrew says something quite different.

The phrase “train up” is translating a single word, chanak (here, it’s in the form, ’chanok), which we see elsewhere in passages such as 2Chronicles 7:5, “Thus the king (Solomon) and all the people dedicated (another form of chanak) the house of God.” (NAS)

Chanak is also at the root of a related, Scriptural word, which is more widely known as the name of the Feast of Dedication, that is, ’Chanukah.

Taking these linguistic facts into account, we begin to see a much more complete picture in Proverbs 22:6. Now we are exhorted to “Dedicate a child in the way he should go…” revealing that it is not so much teaching a child about “the way he should go,” but instilling in him a profound and deep attitude of commitment to that “way.” What a significant discovery from the underlying language, considering how even we as disciples of Messiah struggle with the concept of commitment and dedication!

And You Shall Repeat Them

In one final example, also concerning the importance of passing on the ways of God to a new generation, consider the V’ahavta, recited in synagogues every Shabbat all around the world. Deuteronomy 6:7 says, “You shall teach them [the commands] diligently to your sons and shall talk of them when you sit in your house and when you walk by the way and when you lie down and when you rise up.”

Once again, the concept of teaching or instruction appears to be the directive being given, yet the Hebrew tells a slightly different story.

“Teach them diligently” translates a form of the word shanan. This same word is used again a few chapters later in Deuteronomy 32:41, which reads in part, “…I whet (shanan) My flashing blade…” (TNK) To “whet” is to sharpen something by repetitive contact, as one would sharpen a sword by striking it repeatedly against a stone.

What does this tell us about the “teaching” of the commands in Deuteronomy 6:7? That it is not merely the quality of our instruction to the next generation (i.e. “diligently”), but the quantity; and not just the quantity, but the means and the method of transmitting that information. In other words, we are to repeat the commands of God to our children, over and over and over again, all day long! It is not a segment of our parenting, it is a lifestyle. If we are living life with our children, rather than treating them as mere components of our existence, we will have opportunity after opportunity to disciple them in the ways of Adonai.

This is also the model for fundamental discipleship, which we as believers in Yeshua too often blindly neglect. Yet the Hebrew continues to uncover for us what we have missed for far too long: discipleship is not about education and learning—it is about living our lives together and influencing one another according to the righteous commands of the word of God, speaking them repeatedly to one another as we devote ourselves to Him. Like stone on blade, the Word of Adonai strikes against the hard heart of man. Over time, it sharpens without inflicting damage, and in the end, the tool is fit for excellent service.

The original languages of Scripture are priceless and irreplaceable, and when we overlook their presence, too much of ourselves can get in the way of the purest possible understanding. Let’s consider Hebrew, not as a mysterious treasure to be unearthed, but as a carefully wrapped gift the Father desires us to open… that He may “diligently teach” us His ways.